Astrue v. Capato, although a very unusual recent case, exemplifies the importance of creating a precisely worded, up to date estate plan that takes into account all possible life contingencies. This case is especially important if you do not want to unintentionally disinherit your children.

Florida resident Robert Capato and his wife Karen decided to freeze his sperm upon his diagnosis of esophageal cancer and upon learning that treatment could render him sterile. Following Robert’s death, Karen underwent in-vitro fertilization while living in Florida using his stored sperm. She then moved to New Jersey and gave birth to twins.

The problem was that Robert’s will, signed in Florida, failed to mention any children who might be born subsequent to his death. Karen, the child she conceived with Robert while he was alive, and his children from a prior marriage were the only named beneficiaries. According to Florida law, children conceived after a parent’s death cannot inherit from that parent, unless that are referred to in his or her Will.

When Karen claimed Social Security Survivor Benefits for the twins; her application was denied because Robert was already dead when the twins were conceived. The U.S. Supreme Court became involved ruling that Florida laws of intestacy applied because the children were conceived in Florida and therefore, the twins were not eligible for government benefits.

You can avoid such dire consequences by taking action now. All it takes is one simple phone call to your South Florida estate-planning attorney to avoid putting your loved ones through such grief and turmoil. 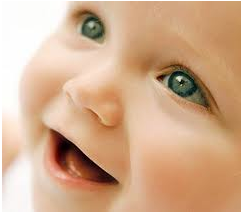 It’s not surprising that celebrity marriages melt faster than a stick of butter in a hot frying pan. So, it came as no shock after Katy Perry and Russell Brand recently called it quits. During their short marriage she was filming her movie “Part Of Me” where a camera crew accompanied her on world tours and filmed private moments with Russell.

Her ex-husband is now asking her to edit his scenes out but his requests have fallen on deaf ears. Apparently the footage reveals a not so pleasant Russell that could tarnish his public image. Maybe this is a form of retaliation on Katy’s part or maybe a healing process in letting the whole world see the real Mr. Brand.

However, the best remedial measures she can take after a painful divorce is to protect her assets. One commonly overlooked area of estate planning after a considerable life change such as a divorce, is updating one’s beneficiary designation forms. If Katy has designated Russell as the beneficiary of any life insurance policies she may have taken out or under any saving and investment plans, she should remove him. Otherwise, in the event she turn from “Hot” to permanently “Cold” with no more “Last Friday Night” excursions to sing about, the funds will be transferred to Russell’s estate. Now, that could really put a dent to an already broken heart.

It’s important to talk to your South Florida estate planning attorney on how to modify your estate plan so that your “intended” beneficiaries are accounted for so that you do not mistakenly disinherit them. 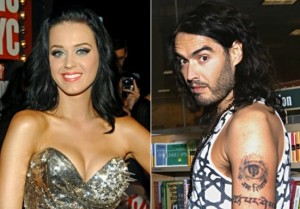