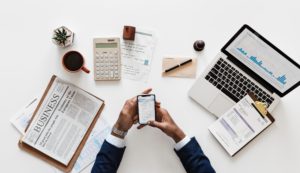 It’s incredible to think that 2018 has gone by so quickly. There have been a lot of changes throughout the year, both on a national and local scale. There have been tragedies and triumphs and, overall, I think we can all agree that it’s been an interesting year. Another major change that you may not have been aware of was that of the tax code. Your tax returns this year likely weren’t affected too much by it, but that may change next year. The Tax Cuts and Jobs Act passed in December of 2017. The main goal of the Tax Cuts and Jobs Act was to simplify the tax filing process (as well as cut taxes and increase jobs, like the title says).

Here are some of the biggest changes that will show you what to expect come 2019.

The Standard Deduction is Looking Good

A lot of people, prior to this new tax code law, usually selected itemized deductions as their preferred form of deduction. While that’s still an option, there have been some changes to the standard deduction that have made it look pretty good in comparison. The new code expanded the standard deduction. If you’re a single filer, the code expanded from $6,500 to $12,000. If you’re a joint filer, it expanded from $13,000 to $24,000.

Because the standard deduction was expanded, certain itemized deductions were limited. One major limitation is the cap on state and local taxes. The second is a cap on your mortgage interest. Prior to the new law, SALT didn’t really have a limit. People could deduct all the SALT they wanted for either state individual or income tax. This has now been capped at $10,000. There were 42.3 million people who used the SALT deduction in 2017. In 2018, that number shrank to 16.6 million.

The second limitation, for mortgage interest, was another cap. The cap has been lowered from $1 million to $750,000 in terms of what you can deduct from your mortgage debt. Your home equity debt has also been limited. Again, way less people (almost twenty million less) took this deduction as a result of this limitation.

The charitable deduction is actually a major reward for anyone who likes to give money to charitable causes. For cash donations, the deduction you can take went up ten percent—from 50% to 60%. If you give more of your money away, you can take a larger deduction. This serves an important public policy interest of encouraging charitable giving.

Bottom line, the new law has made filing taxes way less cumbersome. This is mainly due to the itemized tax limitations. It’s way easier to take the standard deduction than to go through everything. According to the Tax Foundation, it took Americans, in total, 2.6 billion hours to do their taxes in 2016. This worked out to almost $100 billion each year in the total resources people dedicated to not bumping heads with the IRS. The hours and cost have both decreased, and more statistics will be available in 2019 as to exactly how much easier the new code made things.

Knowing what’s coming down the pike is the best way to prepare yourself. Again, you may have already seen some of these changes come your way in 2018. 2019 will likely bring even more tax code changes with it. Whether you’re a fan of the Tax Cuts and Jobs Act or not, it is the law, so you will want to make sure you know your finances and what to expect. Make sure to consult a professional if you have any questions. Seeking a pro’s help will allow you to avoid any scary IRS warning letters or frantic, last-minute digging for receipts.