Last week the Miami Dolphins were dealt a crippling blow when they were denied public money for a stadium upgrade.  Without a major rehab of the beloved stadium, South Florida’s chances of hosting the 50th Super Bowl in 2016 are greatly reduced.

Stephen Ross, the current 95% owner of the Miami Dolphins, sought both state and local help to pay for an estimated $400 million worth of renovations to Sun Life Stadium.  The team worries that the stadium, built in 1987, may become inoperable without the proper renovations within the next 5 to 10 years.   Florida’s Legislature didn’t see it that way, and adjourned after refused to allow a vote on this bill.  Rep. Carlos Trujillo, a Republican from Miami, simply stated, “It was a bad deal for taxpayers.”

If only the former owner of the Miami Dolphins, Joe Robbie, would have completed his estate plan before he died…

Joe Robbie is Florida’s greatest example of dealing with the consequences of not having a proper estate plan or business succession plan in place.   Joseph Robbie was the owner of the Miami Dolphins and founder of the Joe Robbie Stadium.  Upon his untimely death in 1990, his estate was valued at $100 million.  9 months after his death, he owed approximately $47 million in estate taxes.  The family was forced to sell the Dolphins and the stadium at a bargain-basement price, at just a fraction of the team’s real value.  In 1994, Financial Planning magazine reported, “the year’s biggest loser in the National Football League is the Robbie family, the former owner of the Miami Dolphins.”

The real tragedy is that it all could have been avoided had Robbie implemented a simple life insurance policy to pay the estate taxes.  Instead, the family was torn apart by the stress of the forced sale.  Just imagine the worth of Robbie’s 2 prized assets in today’s market place had he done some proper estate and business succession planning?

As great a businessman as Joe Robbie was, he missed a major league opportunity to provide for his family.  A proper game plan for succession of your business and the estate taxes that may be due upon your death, will allow you to leave a lasting legacy to preserve everything you worked so hard to achieve. 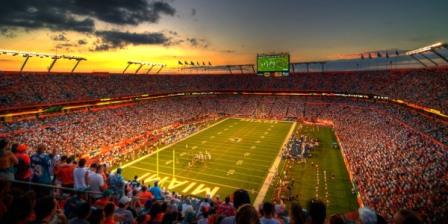