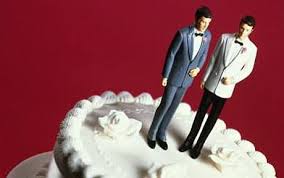 Last week, the Supreme Court made same-sex marriage a constitutional right.  That means that no state can unilaterally deny same-sex couples the right to marry. In a previous decision the Supreme Court gave DOMA [“Defense of Marriage Act”] the boot, holding that its definition of marriage (limited to a union between one man & one woman) violates the guarantee of equal protection provided by the Fifth Amendment. Keep in mind, this only applied on a Federal level, and States could still refuse to recognize same-sex marriages. The most recent case, Obergefell v. Hodges, which was decided last week, extends this protection to same-sex couples under the fourteenth amendment which applies at the state and local levels of government. Here in South Florida, same-sex marriage was recognized only recently.

Same-sex couples now enjoy the benefit of holding property as tenancy by the entirety, which is a benefit Reserved for married couples; each spouse owns 100% of the property.  One spouse cannot transfer it without the agreement of the other.  Any bank account, for example, in the name of 2 married persons is considered to be held as tenancy by the entirety unless otherwise specified in writing.  Also, any creditor of one spouse alone can’t go after any asset held by the entirety to satisfy a debt.

Another benefit that is now available to same-sex couples is the elective share option, which means that if a spouse is cut out of the will, he or she can exercise the elective share, which entitles the person to 30% of the estate regardless of whether the decedent included the person in the will.

401K funds can now be transferred upon death to a same-sex spouse, which was not possible before, if the state did not allow same-sex marriage.  The Supreme Court Decision now extends the homestead protection to same-sex couples as well, that is, the surviving spouse automatically receives at least a life estate interest in the property of the decedent spouse (the surviving spouse can automatically live in the marital home for the rest of his or her life), which was not possible before in a state that did not provide for same-sex marriage.

While these are certainly great estate planning features for same-sex couples, you don’t want to always rely on automaticity. Rather, you should plan for the future of your spouse and children if you have them, as there is a vast array of estate planning techniques that will ensure your receive all of the benefits of the law.

For more information on successful Florida estate planning and asset protection, contact the South Florida law firm of Wild Felice & Partners, P.A. at 954-944-2855 or via email at mwild@wfplaw.com to schedule your free consultation.